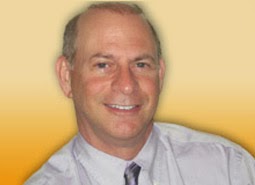 So are most people. In most cases, this is due to a fungus. The offending fungus is generally the same fungus that causes athletes foot on the skin. The skin fungus is often effectively treated with topical medications. However, when the fungus gets into the toenails,it is difficult for the medications to penetrate the nail plate and reach the fungus.  This is why over the counter treatments have been ineffective.  Prescription topical medications also have shown limited results. The best results of clearing fungus toenails have been from oral medications. Although many people are wary of the side effects of oral anti-fungal medications, they are in fact relatively rare. When considering oral medication for fungus toenails, blood testing is necessary. Laser therapy for fungus toenails have unfortunately yielded inconsistent results.
Within the past few months, there have been some exciting and encouraging news. There have been at least two new topical toenail fungus treatments that have become available.  Studies have shown that although the data has not been overwhelming, the new medication appear to be much more effective than the older topical products.  Also these topicals are completely safe and no blood work is needed.
So don't lose hope, there has never been a better opportunity to have healthy normal looking toenails !
Posted by Unknown at 2:49 PM