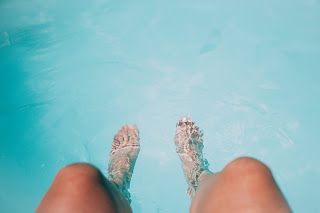 One of the most common complaints seen in any podiatrist's office is the problem of fungus toenails or onychomycosis.  This is also one of the most frustrating conditions for not only the patient, but for the treating doctor also.  Success in treating onychomycosis has been elusive. Even with successful treatment, re-infection is common.
Unlike skin fungus, fungus of the nails is deep within the toenail, and thus it is difficult for a topical medication to reach it.  Most of the older topical medications and over the counter medications have been proven to be ineffective.  Home remedies are widely used, but I have not seen much improvement with them in my practice.  Newer prescription topical medications such as Kerydin and Jublia are much more effective in treating onychomycosis.  These medications must be applied to each affected toenail daily for at least 9-10 months.
The most effective way of curing onychomycosis is with oral medication.  Lamisil has been used for many years and is still considered the gold standard.  The concern with Lamisil therapy is that, in a small percentage of people, the liver enzymes can be affected.  It is for this reason that blood tests are required both before and during the three month course of treatment.
There is a new drug for onychomycosis currently awaiting final approval by the FDA.  This drug is called Viamet.  The exciting aspect of this drug is that it does not affect the liver.
With new medications on the horizon, the prospect of getting rid of toenail fungus has never been better.
If fungus toenails are a concern, please call us so we can explore the possibilities of an effective treatment.